At the meeting on 22 June in Moscow the President of the Russian Federation Vladimir Putin and the President of the Republic of Korea Moon Jae-in had agreed to hold an annual forum on regional cooperation between the two countries. In accordance with the agreement the first event took place in Pohang city (RK) on November 7-9

At the meeting on 22 June in Moscow the President of the Russian Federation Vladimir Putin and the President of the Republic of Korea Moon Jae-in had agreed to hold an annual forum on regional cooperation between the two countries. In accordance with the agreement the first event took place in Pohang city (RK) on November 7-9.

A person from the Marketing and Event Department in Pohang City Admiration said in his interview to Rossiiskaya Gazeta, that selection of the site had not been a random choice. “As known, Pohang had received the initial lot of coal under the Russia-Korean Radjin- Khasan. Therefore, we also plan to join the cooperation and have an interest in development of the relationship,’ – told the official to the newspaper.

From the Korean part the Forum involved central figures from 25 South Korean provinces and cities and more than 100 top managers of leading corporations. The President Moon and the Minister of Foreign Affairs Ms. Kang Kyung-wha became keypersons at the reception arranged on occasion of the Forum.

RasonConTrans JVC Director General took part in the opening ceremony of Russian Information center in Pohang, made a speech at a business session “Russian-Korean inter-regional cooperation in the of 9 Bridges strategy” and debated at an Expert session for the specialists having a background in implementation of co-projects of development of the cooperation in the economic and trade fields. Within the working schedule of the forum RasonConTrans JVC management held bilateral meetings with Pohang Mayor Lee Kang-Deok, ex- Chairman of the Presidential Committee on Northern Economic Cooperation Song Young Gil and with a new command of the Committee. The subjects for discussion were lifting the sanctions from the Radjin-Khasan project and means of mutual interaction between the concerned parties that may boosting the project further development.

The debaters of the Expert session moderated by the Vice Chairman of the Committee on the Northern Economic Cooperation Lee Sun Woo agreed forming a working group to realize lifting the sanctions against the port of Radjin and to revive cooperation between Pohang and Radjin and with the nearest ports in Gyeongsang and Gangwon-do provinces.

It was widely mentioned by the Koreans members of the forum that the Radjin-Khasan project used to be a site for implementation one of the sectors of 9-bridge strategy as in linking the Trans-Siberian railway with the Trans-Korean railway. They highlighted gaining a positive experience when the South Korean delegation officially had visited the port of Radjin for the first time in July 2018. Linking the two railways let connect USA and Japan overseas transportation with Europe, Mongolia, Central Asia and Siberia.

President Moon addressing to the forum guests at the reception also were talking about the Korean old dream to connect the railways of the Republic of Korean and the Democratic People's Republic as well as Chinese railway with Trans-Siberian railway to enter the Europe through the continent. 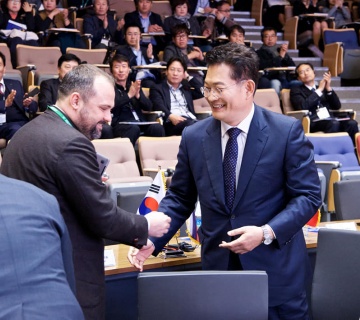 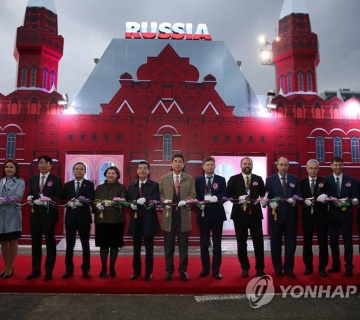 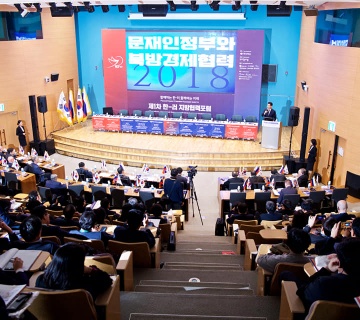 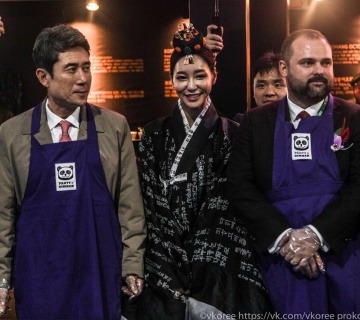 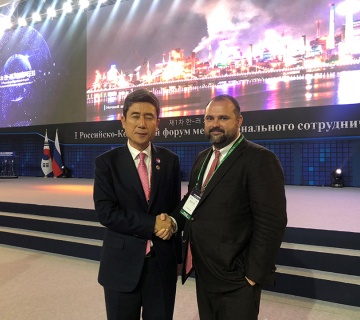