On April 23-25 the RasonConTrans CEO made a visit to Seoul, the Republic of Korea

Ivan Tonkikh held a presentation in Parliament of the Republic of Korea arranged for a certain group of persons who having political weight and abilities of tuning a positive opinion among parliamentarians, politically and economically interested representatives of state and commercial institutions.

The presentation was intended to highlight the topic of Rajin-Khasan as an economically efficient project for the South Korea to take part in, to draw attention to groundlessness and economic inefficiency of unilateral sanctions imposed by the Republic of Korea against the DPRK and to advantage RasonConTrans JVC abilities for operating the project and acting as a platform for a winning economic and political cooperation between the two Koreas.

In course of presentation, the Director General of RasonConTrans JVC spoke about the current state of the Rajin-Khasan project, its prospects and economic potential for the South Korean part. He also proposed to impose a moratorium on unilateral sanctions of the Republic of Korea against the DPRK. Then, there was a press conference with participation of the South Korean mass media covering the main theses of the event on the economic attractiveness of the project and its practical implementation at the site of the RasonConTrans JVC.

The outcome of the event was the agreement of the parties on a subsequent meeting and a speech in Parliament of the Republic of Korea in the presence of representatives of the Ministry of Unification, the Ministry of Justice, of the Korean ports of Pusan, Donghae, Pohang and other concerned parties to procced discussing the issues of the project implementation and interaction. A parliamentary commission should conduct a survey among parliamentarians to determine state of minds and attitudes towards to the proposed moratorium on sanctions against entry the ships from North Korean ports. 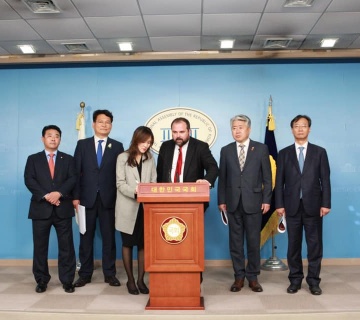 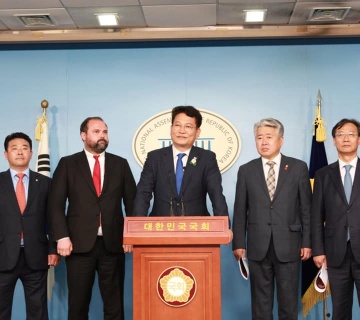 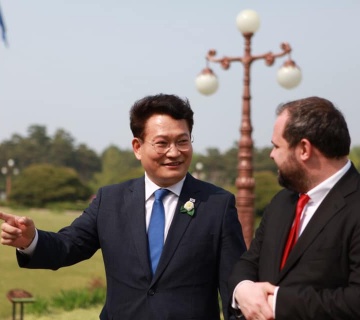