On December 7, the Government of Mun Je Ying announced the official launch of the work of the Committee for the Development of the Northern Economic Cooperation.

On December 7, the Government of Mun Je Ying announced the official launch of the work of the Committee for the Development of the Northern Economic Cooperation. The task of the Committee (the head of the Committee, Mr. Son Yong Gil) is to strengthen cooperation with Eurasian countries, including with Russia, in order to promote cooperation in 9 oblasts (9 bridges), including shipbuilding, port activities, development of the Northern Sea Route, gas industry, railway, electric power, job creation, agriculture and fishing.

From the point of view of cooperation with the DPRK, special attention should be paid to cooperation in the fields of gas, railways, electric power, etc. The committee under the previous government repeatedly stated its policy towards North Korea, but as attempts to cooperate several times failed, work in this direction was postponed . If the pace of development of economic cooperation between the Republic of Korea and Russia is accelerated, cooperation with the DPRK will also develop, helping to resolve the nuclear issue.

In this regard, the Committee focused on renewing the interaction within the Hassan-Rajin project, and despite the sanctions of the international community, the tripartite economic cooperation of the Republic of Korea, the DPRK and Russia is of great interest.

In fact, on December 6 the Committee published the results of a sociological poll on the development of economic cooperation with the DPRK. The results showed that 64.2% of the respondents approve the re-entry of the RK into the Hasan-Rajin project. The Committee plans to gradually develop cooperation between the RK and the DPRK through the development of economic ties between Kazakhstan and Russia. In connection with this, preparations are planned for re-entry into the logistics project "Hasan-Radzhin".

At the same time, it is planned to restore the 100-km section of the Kannin-Chezhin railroad along the line of Tonhe. This could serve as a basis for establishing relations between the north and the south, linking Tonhe through northern Rajin with the Russian Khasan and the Trans-Siberian Railway.

This is in line with the New Economic Policy Plan of the Mun Je Yin Government in relation to North Korea, the Kumgang, Wonsan, Tanchon and Chongdin Mountains. The construction of the East Siberian energy and resource belt, which unites the coast of the Sea of Japan, is closely connected with the Hasan-Rajin project. In other words, re-entry into the project is the beginning of the new economic plan of the Korean government.

The Chairman of the Committee, Mr. Song Yong Gil, said at the first meeting on December 7: "The construction of the Tonhe railway line, about 100 km between Kannin and Chegin, has not yet been completed. The development of the Hasan-Rajin project continues, and inter-Korean relations weaken, and we need to discuss the restoration of the Tonhe line between Kannin and Chejin, which is located on the northern territory, in order to prepare for connection with the Trans-Siberian Railway. " The chairman asked for support from the Ministry of Unification.

It is obvious that the existence of sanctions of the international community against North Korea does not contribute to the return to the Hasan-Rajin project, and the US sectoral sanctions against new investments greatly complicate the work of the Korean government.

This fact was recognized by the previous government Pak Kun He. In November 2013, the Korean government approved the project at negotiations with Russian President Vladimir Putin. During the talks, a memorandum of understanding (MOU) with POSCO, KORAIL and Hyundai Merchant Marine was also signed. By the end of 2015, three test shipments were made, after which the Pak Pak government recognized the project as a support to the Eurasian Initiative and discussed its financing.

However, when the DPRK conducted the fourth nuclear test in January 2016, the government announced its sanctions. In March of the same year, participation in the Hasan-Rajin Project was suspended. In addition, control over the transportation of Russian coal from Siberia by rail through the Posyet port, then through the Khasan station to the port of Rajin in the north, and from there to the Pohan and Busan ports in the south was strengthened. 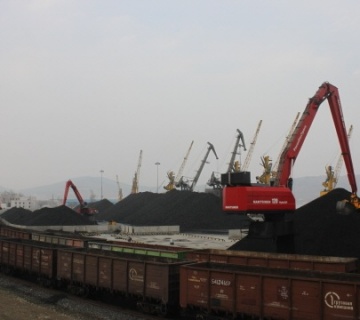 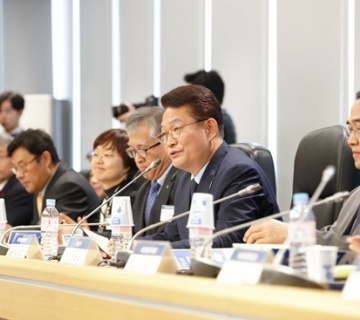 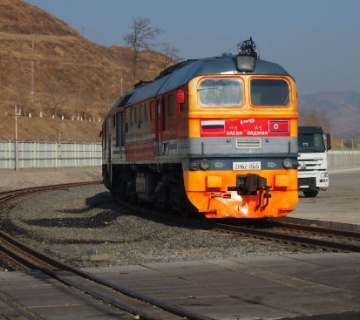