The visit of the management of tRasonConTrans JVC to ports of Pusan and Tonhe, the South Korean

December 5, 2018 Ivan Tonkikh, General Director of RasonConTrans JVC, visited the city of Tonhe (RK) in order to take part in the 2nd International Forum of Kanwon Province on Port and Fisheries Affairs

The event was organized by the Center for the Study of Logistic Opportunities in the North with the supporting of the provincial government of Kanwon, the administration of the city of Tonhe and KanvonDominIlbo newspaper.

The main task of the Forum was to familiarize representatives of the ports of Tonkhe and Mukho, located within the city of Tonkhe, with the economic possibilities of cooperation with the ports of the DPRK, using the example of the port of Rajin.

And. In his report, Thonkiy spoke in detail about the real prospects for economic cooperation between the ports of the south and north of the Korean Peninsula as part of the development of the Hassan-Rajin project, once again calling for representatives of the municipal and port authorities responsible for decision-making to unite efforts respect of ships arriving from the DPRK.

During a personal meeting with the mayor of Tonhe, Mr. Sim Kyu Onom mentioned the need for coal supplies to supply large power plants and industrial complexes of the province, as well as a possible reduction in the time and cost of such supplies in the case of cooperation with the port of Rajin. / p>

On December 6-7, 2018, the Director General of the JV RasonConTrans I.Tonkikh took part in the 3rd Forum of Eurasian Cities, which was held in Busan, Kazakhstan, with the support of the Busan International Cooperation Foundation and the Busan Development Institute.

At the end of the event, the Joint Declaration of the Eurasian City Forum 2018 was signed and verbal agreements were reached on the development and preparation for the signing of memorandums of understanding in January-February 2019, which will outline the stages of practical interaction with the ports of Kanwon and North Gyeongsang, also with the port of Busan.

The parties also agreed to launch the test route of the container train from Busan to Rajin and further to Transsib and began to discuss the terms and conditions of this project. 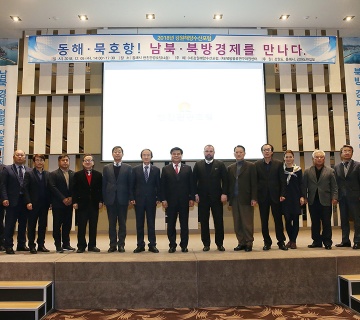 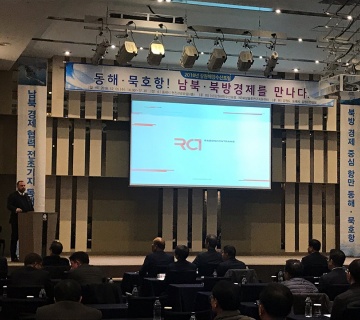 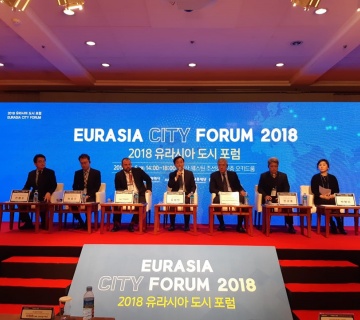 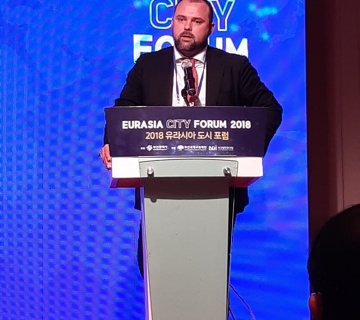